The Guild was challenged to create hearts and leave them in the Community for people to find. They were tagged with a note to let us know if someone found one. We actually got a new member from this effort. I added this post yesterday having only a picture of hearts from one member. After the post, 3 more flooded in. It’s wonderful we had so much participation!

Jeanne’s Hearts that were placed around the Appalachian Campus: 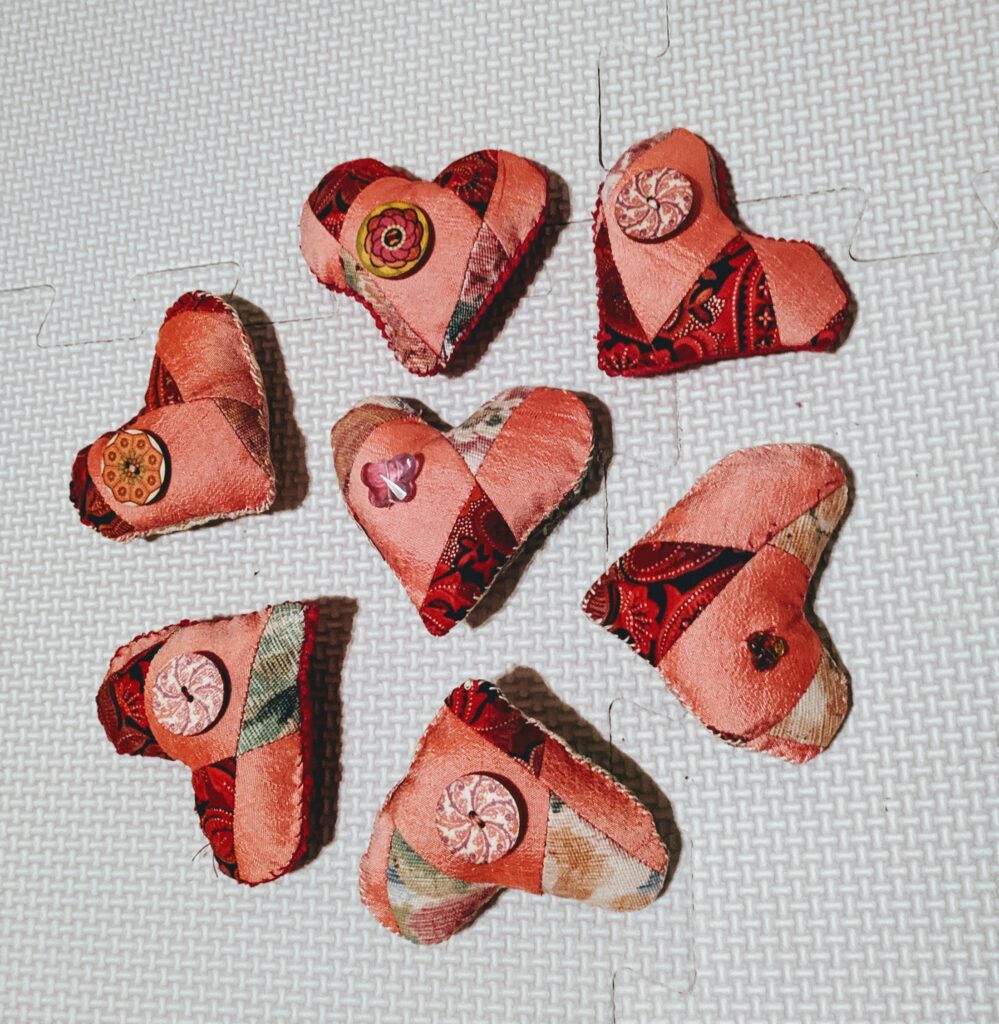 Sali had this experience to share and her photo is listed below:
Here are a few of my hearts that someone suggested posting some on the web. These were placed in downtown Morganton, the Blue Ridge Parkway, and on campus, plus I left one in our mailbox for the postman. A friend saw this picture on Facebook, and asked me if I would teach her how to make knit some for her grandchildren. 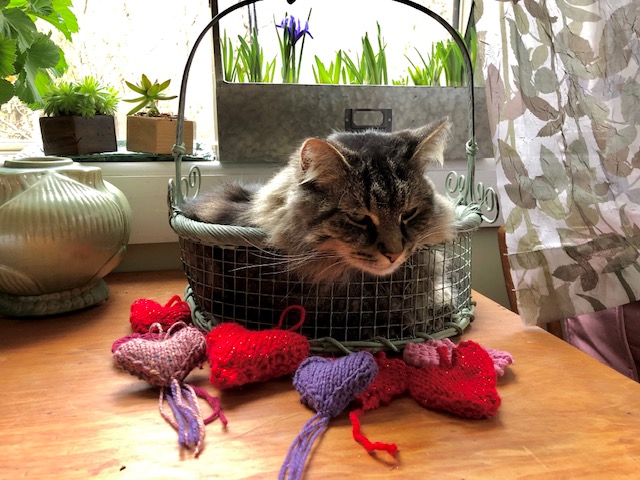 Jean Marie has had two of her hearts reported on the IFAQH website. That is really cool!

We meet at two locations so watch our website to see where we are meeting each month: (Most of our meetings at the current time are being held via Zoom but we will be returning to in person meetings in the near future!)